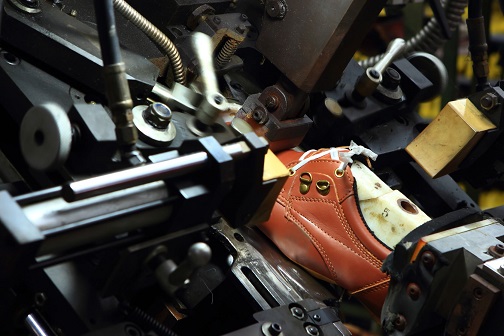 That was the case when quality assurance provider Impactiva was contracted by a major U.S. retailer to help transform its supply chain by improving operations at one of its footwear factories in China.

“The retailer had been working with this factory for many years and it was regarded as reliable supplier, but still had numerous opportunities for improvement,” the Impactiva process optimization team explained.

An initial assessment of the factory—which produced 7 million pairs of women’s casual shoes a year for the retailer and employed 3,000 workers—found that a lack of quality awareness, training and skilled operators, combined with an inefficient use of resources, was leading to excessive inventory in the lines and between departments, in addition to considerable rework and re-verification.

In fact, a high percentage of manpower and materials was being assigned to fix production problems discovered too late, while a lack of training meant most of the workers were only capable of performing two operations.

These issues were preventing the retailer from meeting its strategic operating goals, which included cost reduction and transparency. That’s the main reason why the client requested Impactiva’s help, so that its goods could be manufactured at a lower cost and in less time.

To that end, Impactiva initially focused on improving the factory’s overall equipment efficiency by implementing its “footwear manufacturing excellence system” in the facility’s stitching and lasting lines in an effort to train employees to understand and apply “lean” techniques to increase efficiency and eliminate waste.

In addition, factory management, supervisors and operators were taught how to run the facility using data to solve any obstacles they encountered through fast and accurate root cause analysis and corrective action plans.

All in all, it took two weeks to train the factory’s employees and two months to execute Impactiva’s basic “lean” tool during a three-month Kaizen Blitz period, or rapid improvement workshop.

“This factory had a very traditional production system and they believed they were working well,” Impactiva said. “They started the project only to please their client—in order to get more volume—but then they saw and appreciated the benefits.”

For instance, Impactiva managed to step up the hourly productive output of a worker in the factory’s stitching line by 19 percent, while lasting achieved a 55 percent improvement. In addition, takt time (that is, the rate at which a finished product needs to be completed in order to meet customer demand) improved by 16 percent.

The optimization team helped the stitching and lasting lines perk up their quality, too, by 12 percent and 20 percent respectively.

“Lasting lines are more complicated to balance out the workload as they have many more tasks to be performed, meaning factories do not know how to distribute the many tasks evenly amongst the operators to optimize the use of labor on a last line,” Impactiva explained, referring to the varying levels of improvement gained by each line. “Stitching is less inefficient as it is just one operator working with one machine. In a non-lean factory, you can normally easily improve stitching by 20 percent to 30 percent, but lasting can sometimes surpass 50 percent.”

In order to keep that momentum going, Impactiva implemented a key performance indicator (KPI) tracking system and trained the factory’s team leaders to troubleshoot quality issues and develop corrective actions, while the shop-floor supervisory team and top management were taught how to track KPIs every hour and manage abnormalities.

Meetings to review performance would be held at the end of each work day to analyze progress and plan the next day’s priorities, and once a week a “steering committee” would meet to analyze defects and the effectiveness of corrective actions.

“After collaborating with Impactiva, our team learned the experiences of factory management and I feel we can produce all the orders our clients will provide,” the factory’s owner said.

In fact, the pilot was a win for both sides. According to Impactiva, a 10 percent increase in productivity annually at this factory—as long as labor costs don’t rise—will yield savings of $146,502 for the retailer and add $219,753 to the factory’s profits. Even if labor costs increased by 5 percent, that same improvement in productivity would generate $115,574 in savings per year for the retailer and the factory’s profits would increase by $173,361.